I’ve been taking a hard look at how I do work. By that, I mean how I chose what work to do and how I arrange my day to make it happen. There have been a few iterations over the last year, and I keep getting better and better at it.

In the beginning, there was my not great memory and my “feels“. My todos lived in my head (or my inbox) and calendar had a scatter of hard scheduled meetings and open time. Project time had to happen in my scattered free time, and was largely done based on what I felt like doing in the moment, or what urgent thing had been dropped on me. That was good enough in some ways, but I wasn’t as nearly as effective or productive as I could have been. Some days, it was hard to state a solid item that I had done that day, but I certainly stayed busy doing emails and the like.

I dabbling in GTD (Getting Things Done), in both paper and digital versions, and that never stuck. Capturing and organizing open items and tracking contexts never worked for me and took more effort than it benefitted.

Then I discovered Bullet Journal. (Site / Book) It’s a light-process, flexibly structured system of capturing things – todo’s, notes of different kinds, events to be organized, and whatever else comes up. All it takes is a notebook and a pen. It clicked for me in really useful ways. My biggest win was finally capturing all the todo’s that used to (poorly) exist just in my head and getting them on paper. That alone has been life-changing.

END_OF_DOCUMENT_TOKEN_TO_BE_REPLACED

For my now-retired at-home hosting, and for my first migration to the cloud, I used CoreOS as my hosting OS. It’s optimized to be a container server and for super-efficient automated deployments. It worked well, and I loved the elegance behind the design, even though I never did multi-node automated CI/CD deployments with it. I had had a problem with it since the cloud migration, where every 11 days after reboot, it would spike CPU and memory and get unresponsive for a few minutes at a time. I could never entirely nail down what was causing it, but best I can tell, logging was getting sticky trying to log failed login attempts from SSH. That I had MariaDB/MySQL, a couple of low-activity wordpress sites, and automated Let’sEncrypt cert management running in 2G of memory wasn’t helping either.

Since I built that version 8mos or so ago, the CoreOS people, since acquired by RedHat, announced upcoming the end-of-life of CoreOS on 26MAY2020. That, combined with my ongoing minor problems led me to port everything to a new cloud host.

This time I went with a more conventional linux, and ported everything over in a few hours, along with DR / rebuild documentation. In fact, this post is the first on the new platform. Here’s hope it’s happily running in 12 days, and thanks for your service CoreOS.

About last year at this time, Susie and I were knee-jerking to the fresh news of my cancer, and the first bucket list thing we jumped on was a long-discussed trip to Hawaii. It was an utterly amazing trip, and I’m so glad we were able to go. Thanks, too, to Delta for offering me very generous flight credits to be bumped – credits that paid for most of the airfare for both of us.

We skipped town just as hurricane Florence was hitting NC, and in preparation for the storm, I had powered down most of the tech in the house before we left, with instructions for the house-sitter on what to turn on first to get the house back online. In “normal people’s” houses, they turn their wireless router back on and they’re good to go. Not so in a nerd’s home. I had been playing with Windows Server, and had it hosting all of the DNS roles for both internal and external hosts, and it had worked pretty seamlessly up until this. When the house-sitter fired everything up, some glitch, either in the Xen server hosting everything, or in the Windows server startup kept it from completely starting, which meant that while the network was working, the router was handing out a dead address for DNS, which meant that nothing – Apple TV, the house-sitter’s laptop, etc. – was connecting to the outside world. So, Susie’s driving down from some gorgeous waterfall hike north of Hilo, HI, and I’m on the phone with the house-sitter, trying to talk her through how to set a manual DNS entry on all her devices so she could do work while she was here. We got her going – mostly – and this started a conversation with Susie about how we could simplify tech around the house so that if / when something ever happens to me, she won’t have to call in the techie friends to have them decode home tech and get it working again.

We’d talked about this before, but a little more abstractly, when the husband of a good grad school friend died suddenly in a one-car accident. She had techie friends come over and rip out most of the late husband’s custom home build and install a stock wireless router just so she and her kid could get on the internet. Susie didn’t want to be in that position if at all possible.

This time it wasn’t abstract. The goal was – without killing off technical tinkering, innovation, and learning – how to simplify and document things at home so that should something ever happen to me, that friends could step in and easily help keep her running. In the business world, companies talk and think about disaster recovery plans, and if they’re smart, the practice them occasionally – fail over to backup servers, restore things from backup, switch to alternative network feeds. It was time to think like that for all of our home systems, but first, we had to make sure that what we were running was set up in the best way.

Roughly speaking, what we had running at home that we had to analyze was:

More on this saga in the next segment. 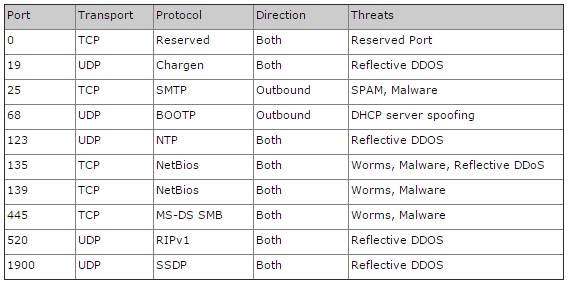 Finally, after much wrangling with Apache, PHP, WordPress and its multisite configuration, and SSL certificates, I think I have our little network of sites up, usable, and secure. Time will tell.